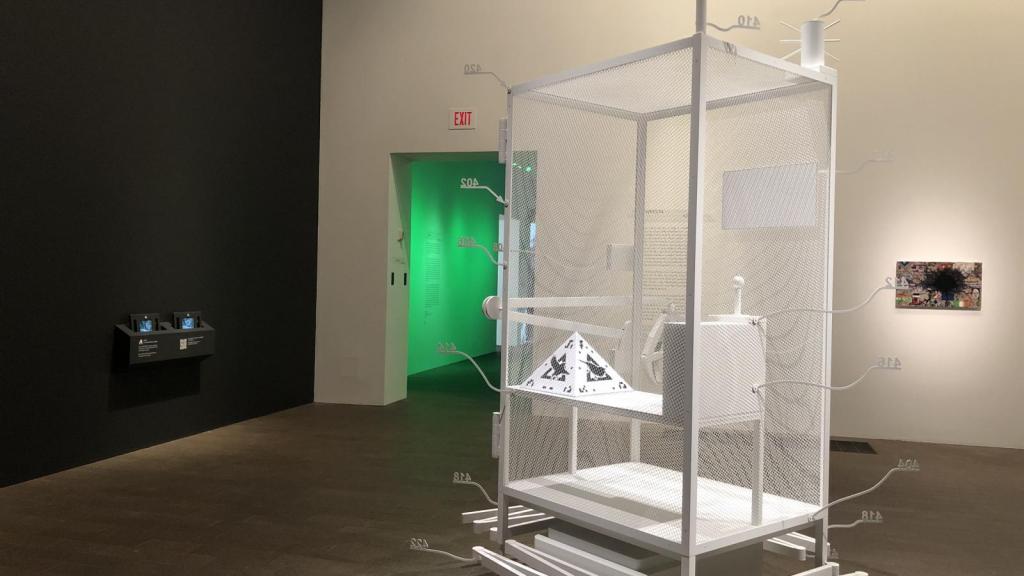 Simon Denny conceived the sculpture and collages here partly in response to a 2018 essay regarding the Echo, Amazon’s home-surveillance artificial intelligence system, cleverly marketed as the personal assistant Alexa. In their essay, “Anatomy of an AI System: The Amazon Echo as an Anatomical Map of Human Labour, Data and Planetary Resources,” Kate Crawford and Vladan Joler trace the extractive processes involved in the Echo’s production. They expose how its sleek design belies a trail of environmental disruption in its wake. Their report comes as a wake-up call, alerting readers to the ecological and humanitarian impact of a data-driven economy. Connecting physical mining to data mining, it suggests that our trade in data—which has replaced oil as the most valuable resource on Earth—is just as detrimental to our planetary health.

To activate the AR version of the King Island Brown Thornbill, use one of the provided iPads near the cage or download the free iOS app. Point the device at the bird icon on the pyramid and scan the marker.

Compatible with iPhone 6s and above. Developed by Art Processors 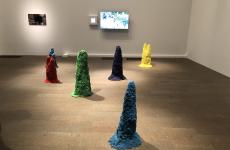