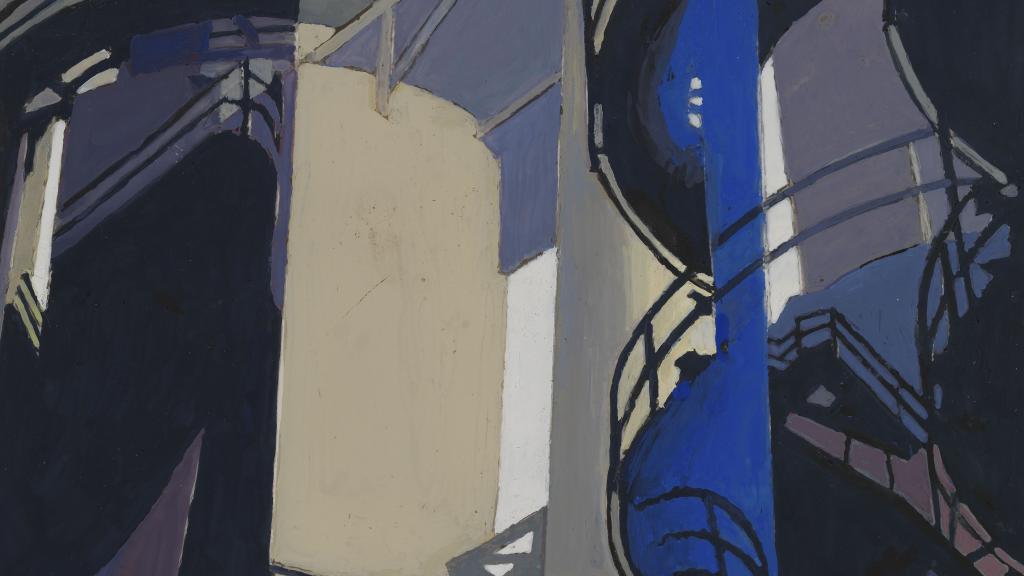 What factories have you visited?

In this painting, a few bursts of cobalt and maroon punctuate a pale and ethereal palette. The outlines of factory catwalks and furnaces merge together, forming an intricate pattern of abstract forms—an effect heightened by the silvery, reflective surfaces of pure Plexiglas that Sheeler left at the edges of some of the painted shapes. Although this scene feels quiet and still, it depicts an industrial site that would usually be teeming with noise, energy, and busy workers.
Medium
Tempera on plexiglass
Credit