Walt Kuhn began his career as a cartoonist for a variety of New York publications. He began painting around the same time, associating with other artists who were inspired by the realism taught by Robert Henri. Around 1911, Kuhn broke from Henri’s followers, joining Arthur B. Davies and his associates who were organizing the landmark Armory Show of 1913. Kuhn helped organize and promote this exhibition, which helped introduce many Americans to international modern art. 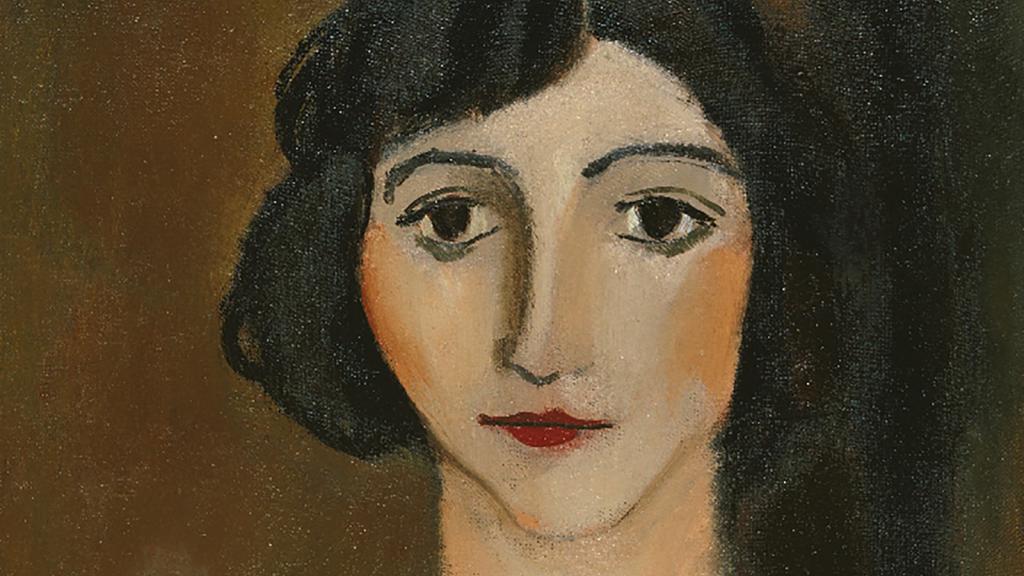 Beginning in the 1920s, Kuhn focused on the subject of vaudeville and circus performers—in addition to painting intense, modern portraits of performers, he also worked as a designer and director for vaudeville shows and circus acts. Although the young woman in this portrait is unidentified, it is likely that she was a vaudeville or circus performer—her pink and green leotard and her black ribbon choker resemble the costumes worn by some female entertainers of the period.