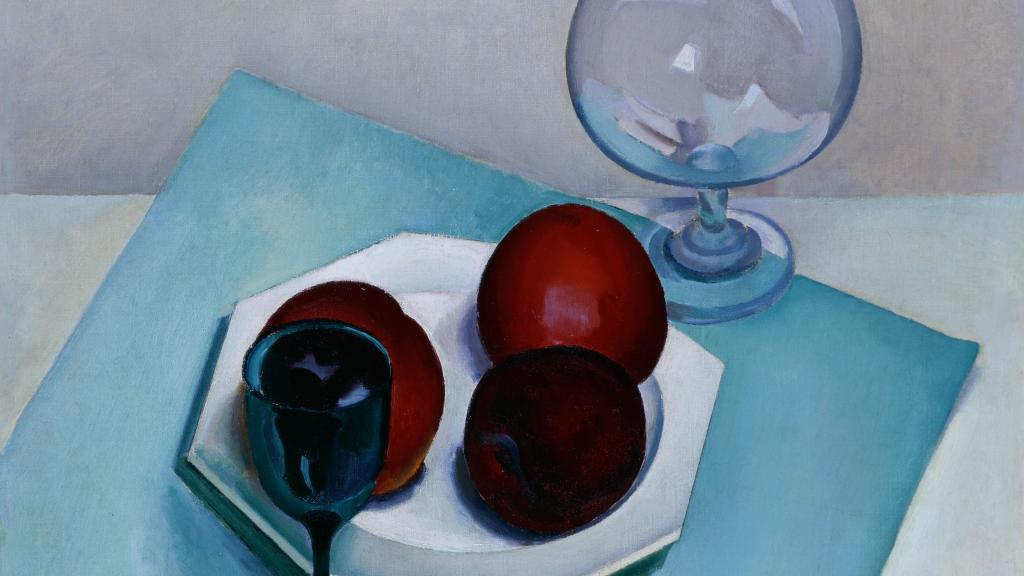 Do you ever look at familiar objects from a new angle?

The still lifes that Sheeler produced in the mid-1920s were based on a few straightforward elements, usually combining a tabletop arrangement of fruits or flowers with simple pieces of glassware or pottery. In these deceptively simple paintings, curves play against straight lines, edges and reflections intersect, and shadows are expressed by fields of jewel-like color. Sheeler carefully controlled his arrangements, choosing each piece for its ability to contribute to the overall composition.
Medium
Oil on canvas
Credit