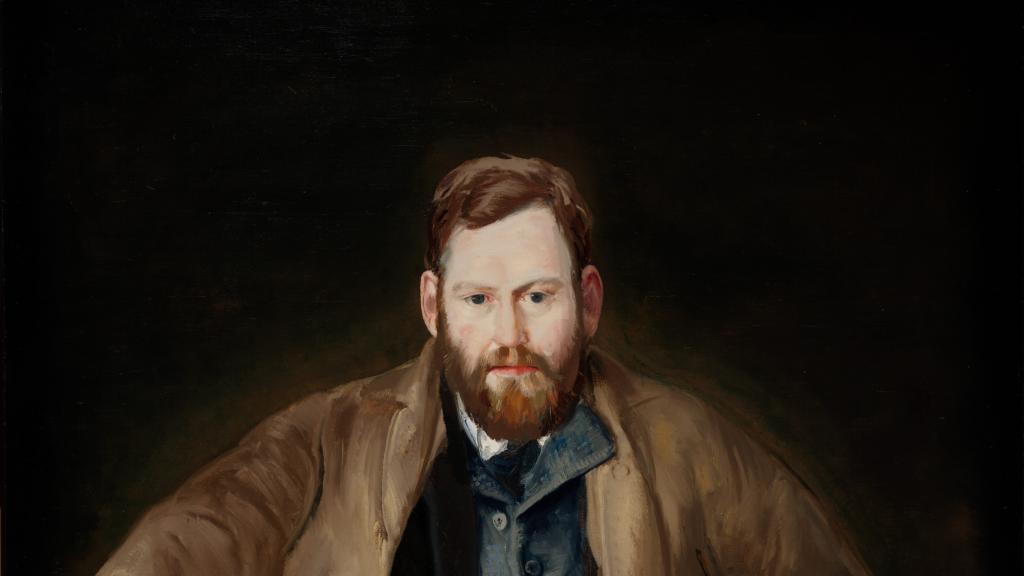 How is this portrait a study in contrasts?

In 1920 Bellows depicted his colleague Waldo Peirce, an irreverent painter, Harvard graduate, and friend of the writer Ernest Hemingway and the socialist activist John Reed. Peirce’s work had begun to receive serious recognition in the mid-1920s, and Bellows’s respect for his friend is evident in this portrait. The sitter leans forward slightly, conveying a remarkable sense of immediacy and liveliness, while the glowing colors and solid geometry imbue the picture with monumentality.