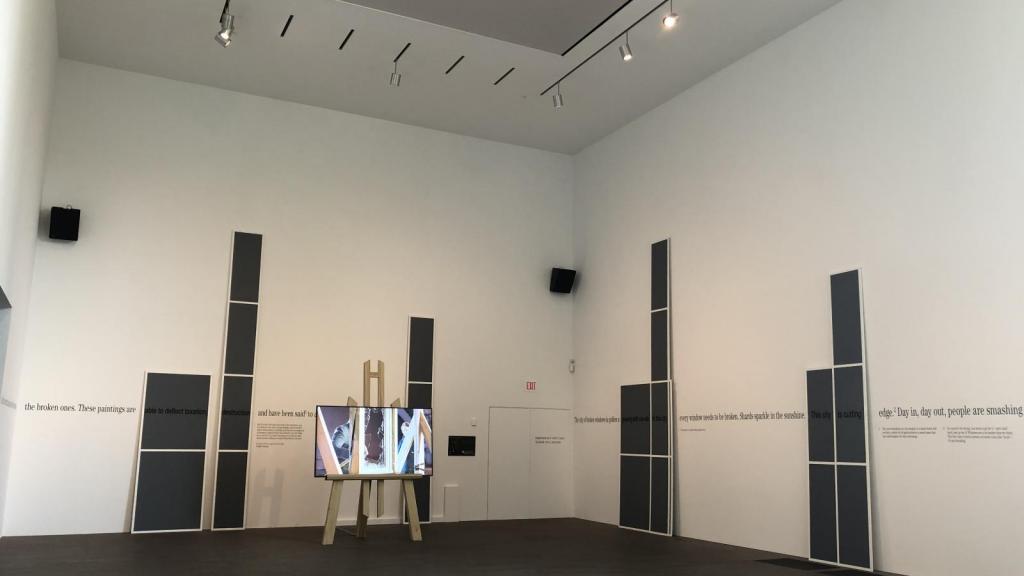 The City of Broken Windows uses video, text, and sound to portray a society in which technology functions as a tool of capitalism—serving the privileged and ignoring the historically underprivileged, exacerbating rather than tempering social imbalance. At its core are two videos, Broken Windows and Unbroken Windows. Broken Windows documents the activities of the “artivist” Chris Toepfer. Toepfer’s New Jersey–based organization, the Neighborhood Foundation, replaces broken windows and doors with paintings in underserved communities across the United States. This restorative gesture counteracts the “broken windows” theory widely adopted by law enforcement, which posits that a broken window is a symptom of civic disorder that leads to an escalation of fear and crime. The group’s actions instead suggest the “broken window fallacy,” a nineteenth-century parable about economic stimulus related to destruction and recovery, as during a war. Although such activity presents an illusion of growth, it does not actually contribute to the long-term prosperity of society.